A history of the art.

Taiji Quan of the past.

“Chengfu’s elder brother, Shaohou (1862-1930), learned the greatest portion of his boxing art from his uncle, Banhou. His character was close to the firm and contentious nature of Banhou. His boxing style was originally consistent with Chengfu’s. In his later years, Shaohou began to change his form: a high frame with lively steps, movements gathered up small, alternating between fast and slow, hard and crisp fajin, with sudden shouts, eyes glaring brightly, flashing like lightening, a cold smile and cunning expression. There were sounds of ‘heng’ and ‘ha,’ and an intimidating demeanor. The special characteristics of Shaohou’s art were: using soft to overcome hard, utilization of sticking and following, victorious fajin and utilization of shaking pushes. Among his hand methods were: knocking, pecking, grasping and rending, dividing tendons, breaking bones, attacking vital points, closing, pressing the pulse, interrupting the pulse. His methods of moving energy were: sticking/following, shaking and connecting. Attackers were immediately struck down. When Shaohou was teaching his students, it didn’t matter who they were, once they commenced, he would hit them. Moreover, his expressions and attitudes ranged from joy to anger…”
-Fu Zongwen on Taiji as translated by Louis Swaim

The above description does not sound like any Taiji Quan class one would attend today. Instead, in the vast majority of classes both in the Far East and the West, the emphasis is either on performing the Taiji set with the utmost grace, or on the health aspects of internal art practice, or on the sport of competitive push hands. Though all three of these aspects are genuine and necessary to a study of the martial art of Taiji Quan, none of them is the actual purpose of the art. The true purpose of Taiji Quan is to train the body and mind for combat, in what was believed to be the most effective manner possible, not to perform beautiful sets, gain peace of mind and health, or to win at a nonviolent competitive sport. These purposes, for which classes and entire schools focus their training as the end result, are really only the preparation for training in the art of Taiji Quan. These practices develop the attributes of the Taiji practitioner – a superior quality of body movement (grace), a strong and invigorated body and mind (health), and the ability to maintain one’s balance against opposition (control) – are not the actual skills or real art of the Taiji practitioner. Gaining these qualities through the practices of form, Qigong and push hands exercise no more makes one good at Taiji than being able to run, jump rope and do a lot of pushups makes one a professional boxer. They are essential in the practice of Taiji Quan, but they are only the smallest fraction of the art of Taiji Quan.

To focus solely on the exercises that develop grace, endurance, relaxation and suppleness (the forms, both solo and partner), Qigong (relaxation and energy development), and push hands (balance and sensitivity), is to only stand at the door to Taiji and to never truly enter into the art. One in such a pursuit never learns half the art, even for performance, never moves in the natural cycle from internal to external in Qigong, and never becomes able to use his developed qualities for more than a noncombative contest of balance.

At Authentic Kung-Fu, Taiji takes its place alongside other combat arts, such as Praying Mantis and Wing Chun. In fact, they regularly compete against each other, serving to mutually sharpen their respective Kung-Fu skills. 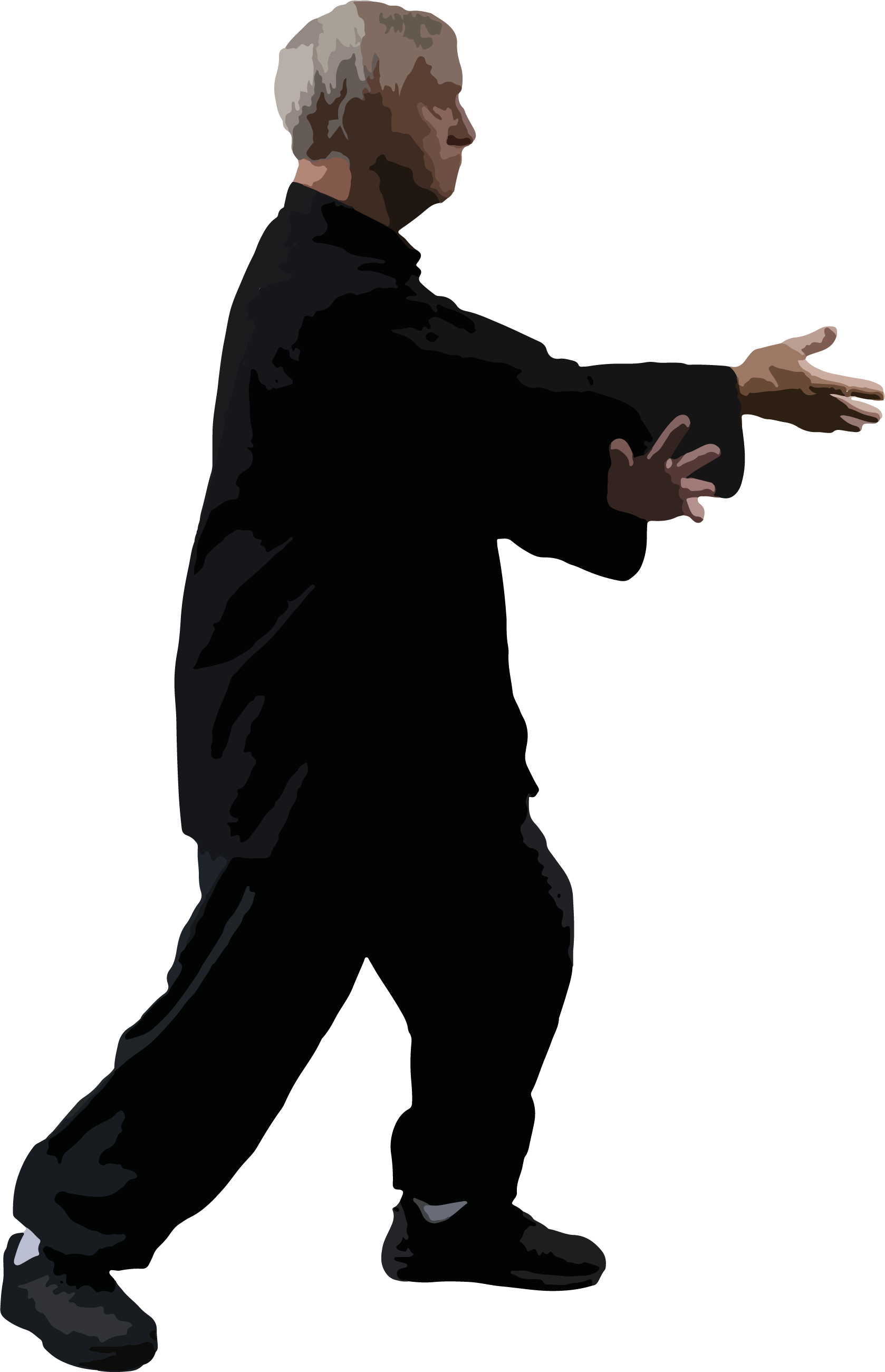